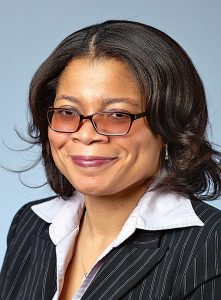 Over the past year, it appears that the US has changed. Federal policies, attitudes, and rhetoric have moved from being even keeled and socially aware toward something many recognize as a return to division and open discrimination. We’ve seen the rise of the #MeToo movement while proposals have come from the US Department of Education to roll back Title IX education regulations. And while the ACS Board of Directors, Council, and various governance committees have been grappling with writing appropriate sexual harassment and racial/ethnic/religious diversity policies, my question to the American Chemical Society at large is, “Do we as members want to be a beacon of light to the US? Or are we content with being just a reﬂection?”

I ask this poignant question because as intellectual leaders of our workplaces and communities, we can initialize the changes that we want to see. If we want ACS to be a beacon of light, we don’t have to wait for the national movement; we can start moving society forward individually and locally. That requires each of us to be aware and act on our desire to be better. It is a shift from talking about what we see to acting on what we see.

Make 2019 your year to commit to be not just an ally but also an advocate. Merriam-Webster’s Collegiate Dictionary deﬁnes an ally as a “person or group that provides assistance and support in an ongoing eﬀort, activity, or struggle” and an advocate as someone “who pleads the cause of another.” We need advocates who are willing to be the catalyst and activation energy for the desired change. Advocates who will stick their necks out for those aﬀected by divisive and discriminatory policies, rhetoric, and actions. We need advocates in an era of continuous intersectionalities and microaggressions.

Intersectionality is the combination of multiple forms of discrimination, such as discrimination based on race, class, and gender. Understanding this concept allows us to move away from what Kimberlé Crenshaw, a professor of law at the University of California, Los Angeles, describes as a single-axis framework, which ignores the experiences of those at the intersection of gender and race (Univ. Chicago Leg. Forum 1989, 1989, 139).

A concrete example of this intersection is that as chair of the Committee on Minority Aﬀairs (CMA), I would describe myself as not only black but also as cis female and a biophysical chemist. Being a black female has provided me a lifetime of social experiences that frame my perspective and heighten my awareness for the need to advocate for others. And my education, job, and appointments provide me with some level of privilege that I use to advocate for the rights of others.

As an ACS advocate, you can stand up for those experiencing a marginalizing or discriminating situation and even promote the acceptance or hiring of individuals based on their intersectionality.

Microaggressions are intentional or unintentional communication of hostility or negative messaging to people solely on the basis of their being members of underrepresented groups. While microaggressions may be race related, they could also be associated with any level of intersectionality. Microaggressions can be small—for example, when my male colleagues assume that as a female scientist I wouldn’t want to discuss last night’s football game. Or it could be as signiﬁcant as a Hispanic female candidate being excluded from an interview dinner conversation about the “male only” hockey game watching party.

It’s not always as obvious as the inappropriate “do you plan to have children” question during the interview of a female candidate. It is the unintentional communication of not being equally valued or accepted.

Another common example of microaggression is when a person of privilege tells a marginalized person that their talk was more eloquent than expected. This is a microinsult of low expectation based on the receiver’s background, leaving the receiver to feel a range of emotions, including defensiveness and marginalization. People from marginalized groups experience microaggressions socially as well as professionally, leaving lasting eﬀects on how the receiver perceives not only themselves but also the oﬀender and society at large. The receiver may then make broad-ranging decisions about their own housing, education, and employment.

ACS advocates should recognize microaggressions and actively shift the chemical enterprise to where these behaviors are no longer tolerated. CMA is happy to provide further insights and resources on how you can help make our diverse spaces and communities more welcoming.
Visit the committee’s web page, www.chemdiversity.org, for more information on how to become an active advocate, recognize those who have made a diﬀerence by being an advocate, and get resources for local programming to encourage diverse scientists.

In addition, you can support our regional and national programming as we jointly work with the Analytical Chemistry, Medicinal Chemistry, and Chemical Education technical divisions. Let’s all commit to being beacons of light and advocates for a welcoming and inclusive environment at ACS and in society at large.

Views expressed are those of the author and not necessarily those of C&EN or ACS.