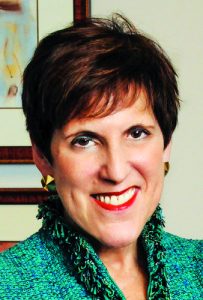 The ACS Committee on Professional & Member Relations approved a newly revised and enhanced Statement on Diversity and Inclusion (D&I) at its June meeting. The Committee on Minority Affairs (CMA) and the D&I Advisory Board worked for more than a year to revise the existing statement, which was a decade old and sorely out of date with current events and with the 2017 ACS Strategic Plan.

Although the 2017 D&I statement is nearly twice as long as the 2007 statement, it is still brief, and I am including it here in its entirety.

“The American Chemical Society aspires to be a diverse and inclusive community of highly skilled chemical professionals.

“As a global scientific society, we affirm the international principles that the responsible practice of science, free from discrimination in all of its forms, is fundamental to scientific advancement and human well-being, as outlined by the International Council for Science’s Statute 5.

“We also affirm our commitment to a scientific environment that facilitates the execution and communication of scientific work with integrity, fairness, and transparency at all organizational levels. This extends to our general scientific endeavors—including our professional interactions and engagement with other scientists, trainees, and the general public. We recognize that harm to our profession, our scientific credibility, individual well-being, and society at large is caused by not doing so.

“To this end, the society will implement the principles of diversity, inclusivity, and equity within ACS leadership and membership to build a community across the chemical enterprise. We are committed to quantifying and monitoring our diversity.”

ACS has many programs in place and relationships with organizations to broaden its membership based on ethnic and racial identity, but statistics show that membership does not adequately reflect underrepresented chemists and chemical engineers in the U.S. workforce, with the exception of Asians and Asian Americans.

It has been a long-enduring goal of CMA to help ACS increase the diversity of its membership. The work is not yet done. To accomplish CMA’s responsibility as described in the ACS governing documents of “developing a long-range plan to ensure increased participation of minority chemical professionals in the profession and in the society at all levels,” everyone must help make ACS a welcoming society.

In 2016, I wrote about the need to nominate more women and underrepresented groups for national awards and to encourage technical divisions to be more inclusive in their invited symposia speakers (C&EN, Feb. 1, 2016, page 39). I also called on ACS to provide members with resources and training to make the progress needed.

To this end, CMA will continue to advocate in these areas. Currently, CMA and the D&I Advisory Board are working to develop a module on diversity and inclusion for the ACS Leadership Development System, a suite of face-to-face and online courses on a wide variety of topics. The D&I module will embody paragraph 2 in the aforementioned D&I statement by focusing not only on racial and ethnic representation but also on sex, gender identity and expression, sexual orientation, disability, age, and economic class—areas that are often overlooked.

Although it will take some time to thoughtfully develop this module, there are activities that CMA is doing immediately in addition to those previously described. At the fall ACS national meeting in Washington, D.C., we are delighted to have ACS President Allison A. Campbell as CMA’s speaker at its luncheon on Monday, Aug. 21.

On Wednesday, Aug. 23, CMA will cohost a morning symposium with the ACS Division of Environmental Chemistry at the Renaissance Washington Hotel titled “Environmental Justice: The Role & Impact of Diversity on Environmental Stewardship.” We look forward to seeing you at these and future CMA events.

At the end of this year, I will conclude my term as chair of CMA. It has been a true honor to serve for three years with one of ACS’s most diverse, inclusive, and talented committees. CMA’s members reflect broad society demographics, diversity, and inclusivity in the spirit of ACS’s core value of D&I.

CMA’s face-to-face meetings and teleconferences are lively and respectful. Our underlying principles of operation are stated in ACS’s core value: “We believe in the strength of diversity in all its forms, because inclusion of diverse people, experiences, and ideas leads to superior solutions to world challenges and advances chemistry as a global, multidisciplinary science.” We invite all ACS members to join us in the continuing effort to ensure that ACS achieves its aspiration to be a welcoming home to all.

Views expressed are those of the author and not necessarily those of C&EN or ACS.