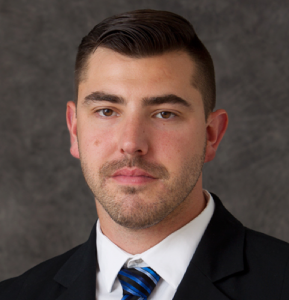 Steven became involved with the ACS committee on minority affairs (CMA) in 2015 as he was finishing his graduate studies at UCLA. As an ACS Scholar, it was a fantastic opportunity to give back to the committee that helped found the Scholars program and make his undergraduate education possible at New York University. He is now an assistant professor of chemistry at Northeastern University; his growing research group is focused on utilizing computational chemistry (density functional theory and wavefunction-based-methods) to elucidate fundamental mechanisms of organic photochemical reactions and broadening understanding of light-activated processes in covalent organic frameworks and organic photovoltaics. His research is supported by a start-up grant from Northeastern University and the Office of Naval Research. He has obtained substantial computational allocations from Microsoft Azure cloud computing and NSF XSEDE resources.
Steven is a co-founder of the Alliance for Diversity in Science and Engineering (ADSE). ADSE is a national non-profit organization aimed at retaining graduate students in STEM from all backgrounds through professional development, outreach, and networking. There are currently ten local graduate-student-run chapters, including the newest one at Northeastern University, where Steven serves as the current faculty advisor. He has identified common ground between the CMA and ADSE to co-host a Young Researchers Conference on March 16, 2018, in New Orleans and an Earth Day research symposium on April 12, 2018, in Boston.