The ACS Committee on Minority Affairs is proud to sponsor the Stanley C. Israel Regional Award. The award recognizes individuals and/or institutions that have advanced diversity in the chemical sciences and significantly stimulated or fostered activities that promote inclusiveness within the region.

The award is named for Stan Israel, who championed diversity within the chemical community.  Among his diversity work, Stan served as chair of the Taskforce on Minorities in Academia.  He served in many other leadership roles within the ACS, particularly in service to the Division of Polymer Chemistry where he served as Chair, Counselor, Program Chair and Treasurer.  Stan was elected to the ACS Board of Directors, where he served as chair of several additional committees, including Grants & Awards and the Taskforce on Continuing Chemical Education.

The ACS information page notes that “award nominees may come from academia, industry, government, or independent entities, and may also be organizations, including ACS Local Sections and Divisions. The nominee must have created and fostered ongoing programs or activities that result in increased numbers of persons from diverse and underrepresented minority groups, persons with disabilities, or women who participate in the chemical enterprise.  The award consists of a medal and a $1,000 grant to support and further the activities for which the award was made. The award also will include funding to cover the recipient’s travel expenses to the ACS regional meeting at which the award will be presented.”

Additional information about Stan Israel and the award 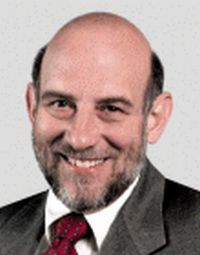